Advantages of this device: 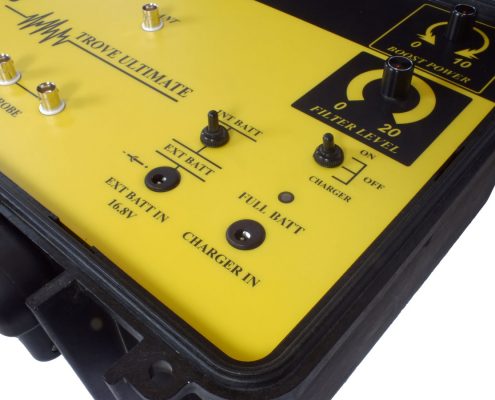 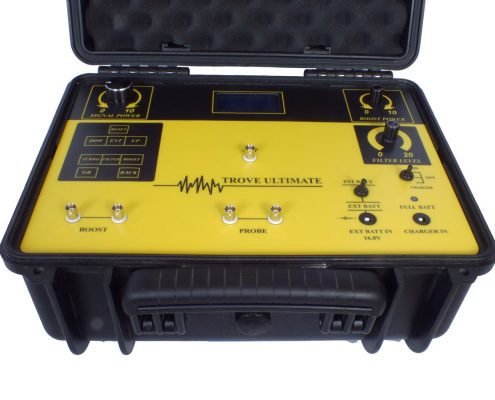 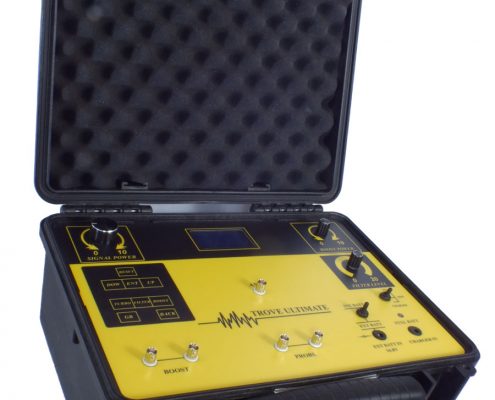 The second series of the new generation of long range locators DEEP FINDERS is trove ultimate .

This is the  advanced prototype system of new generation that has been upgraded in terms of power and features  In this system a boost signal power complex is amplified and has increased system power far greater than before.  Advancement in the level of filtering, Turbo boost signaling strength and increase in  the number of  choice of metals are among the significant advantages of this system .With this system you will be able to trace  the smallest targets with greater accuracy and at the  extreme ends. Trove Ultimate  device may be , as an efficient and effective tool, used by archaeologists in various drillings.

Doubtless to say , no system can be found at the present time  to be  comparable to the Trove Ultimate . If you are looking for a tool with high efficiency and accuracy of the system we introduce trove ultimate  to you.